";}
Hit enter to search or ESC to close
Tag 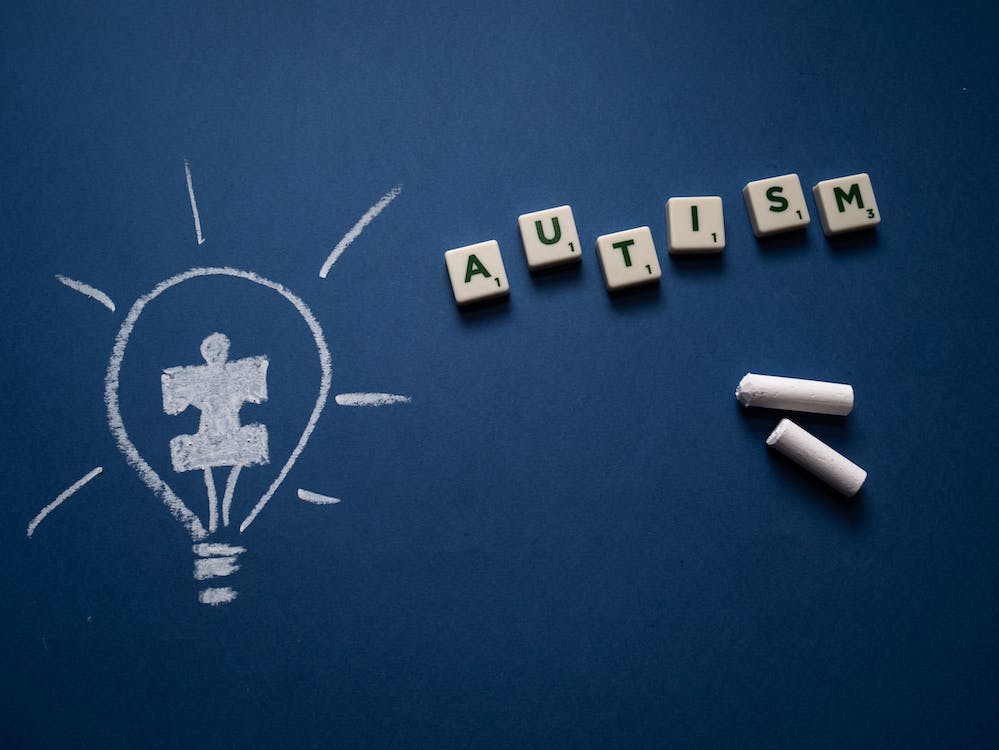 By Amanda Augustine | Blog | No Comments

Children diagnosed with autism spectrum disorder (ASD) possess a unique collection of strengths as well as weaknesses that may influence their academic development. Studies suggest that while children and adolescents with autism are at a higher risk for literacy difficulties, some kids may also be proficient at alphabet knowledge, including reading words and phonetics. But, it is important to note that the ability to read words does not always equal sufficient reading comprehension. Similarly, children may find writing-related tasks relatively more challenging owing to wider complications associated with social communication and linguistic development.

Children with autism don’t necessarily develop early literacy skill sets at par with other typically developing kids. Although some kids learn to recognize alphabets and letters at a significantly young age, they may lack other facets of early literacy, like understanding why people write and read or figuring out the intentions and actions of various characters in a story.

However, with combined efforts from you and your child’s therapist, and with a little extra time and patience, your child can indeed make significant progress in their academics and early learning! So, in order to make your literacy journey with your little one smoother, we have compiled a list of the most common questions that parents often have, with in-depth answers by our experts –

What are some of the most important literacy skills I should teach my child? 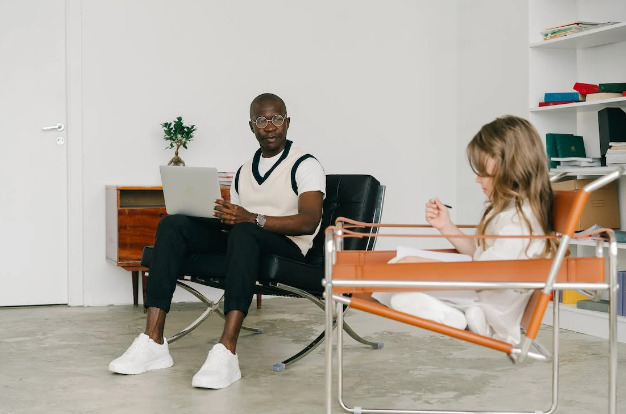 A:  While learning the alphabet and numbers is essential, your child must be familiar with fundamental, basic literacy skills in order to effectively develop reading and writing abilities to the best of their potential. These include knowing how to hold a book properly and turning pages without tearing them, speaking and understanding words and sentences using the right pronunciation, story comprehension, holding a crayon and a pencil, and writing his/her own name, in addition to the names of immediate family members. It’s also important for the child to be able to hold his attention for a brief period of time to be able to focus on the act of writing. Do not force kids to sit. You can allow them to scribble while standing. Gradually help them sit and write. Feel free to use pencil grippers to make it easier for the child. Sound awareness, such as perceiving that words can be broken down into simpler syllables and knowing that every letter has a unique and distinct sound, is an important literary element, as well.

How can I make reading time more interesting for my kid? 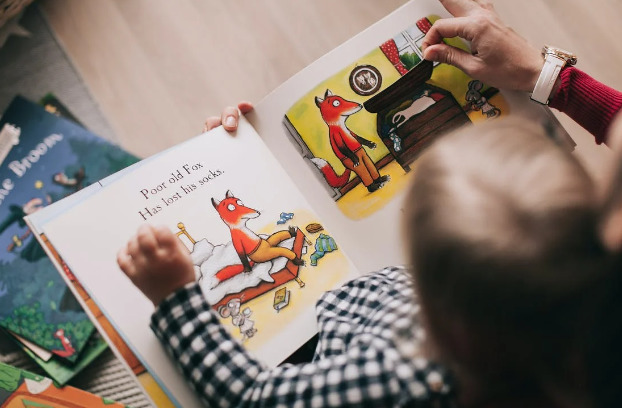 A: Here are some ways you can make reading or study time more interesting for your child –

My child has minimal vocal skills. Is there any way I could help them read?

A: The answer is yes! Some parents presume that children on the autism spectrum who can’t speak or have minimal vocal capacities cannot possibly learn to read. However, that’s far from the truth! In fact, many children also seem to understand how to read on their own – despite not receiving direct literacy instruction. They do so in several ways, including matching sentences and words to pictures or even following written text with their finger as an adult reads to them. You can also establish pre-reading skills at an earlier stage in their life by asking your kid to point to different characters, turning the pages of books, or giving them the opportunity to pick the reading material of their choice.

Should I discourage my child from reading ‘non-conventional’ reading materials and only focus on story books? 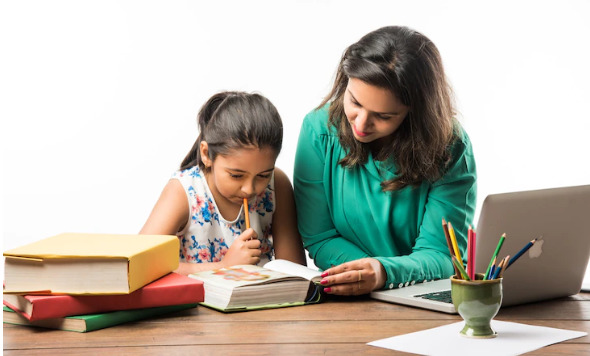 A: Children with autism enjoy reading magazines and books related to their interests. These can include non-fiction books about animals, space, and dinosaurs, in addition to magazines about automobiles or pamphlets and periodicals with simple images. They should certainly not be discouraged from reading such books since it encourages them to interact and engage with words and pictures printed on the pages. Moreover, you can also have conversations with your child about what they’ve been reading in order to keep up with their interests and provide them with additional material when required.

My child refuses to write or even look at the paper. What can I do to assist her?

A: While this is a common problem experienced by parents, being patient, empathetic, and encouraging is one of the best keys to use here. Ensure that you’re not frustrated because of their refusal to interact with stationery and books. Instead, make use of visual or digital cues to help your kid better understand lines, words, and shapes. This approach not only helps them grasp the essence of making movements with a writing tool, such as a pen, stylus, or pencil but provides them with an actual purpose and end result of using those lines – such as transitioning from scribbling random lines/shapes to writing actual words. Remember, at times it really helps when the adult engages in tasks that they would want the child to do. Colour their favourite cartoon character, paint/sketch while talking about preferred themes (cars, locations, animals, zoo trips etc).

What are some everyday reading and writing strategies to use with my child on the autism spectrum?

Remember that you certainly do not need to wait until your child begins schooling in order to inculcate early literacy skills and interest; because the earlier you start, the better results you achieve. By pointing out printed words in your child’s daily life or by providing your child with colorful and simple reading material, you can surely take the first step towards fostering a life-long love and interest for books!

And if you require additional assistance with your child’s special academic and literacy needs, make sure you get in touch with our behavior analysts & clinicians and schedule a free consultation right here. 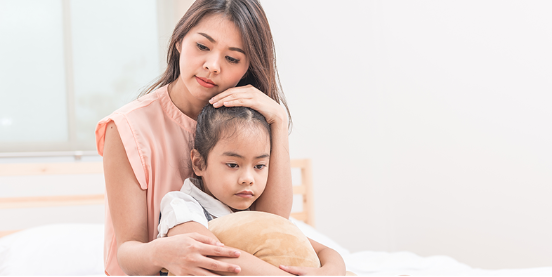 By Amanda Augustine | Blog | No Comments

Several children with autism spectrum disorder (ASD) show developmental differences, especially in their communication and social abilities when they are toddlers. However, since they tend to crawl and walk on time, similar to peers of their age, less evident inconsistencies in behaviors, gestures, expressions, as well as language delays, often remain unnoticed. In addition to speech and interactive differences, parents may also notice abnormalities in the way their child interacts with other kids and family members.

While the signs and symptoms of autism spectrum disorder differ, their effects also vary from one child to another. For instance, some children diagnosed with autism may only suffer from mild or minor impairments, whereas the others are likely to face significantly more challenges, especially in terms of developmental milestones. However, every child on the autism spectrum may experience problems to a certain degree, primarily in areas such as verbal and non-verbal communication, relating and interacting with their surroundings, as well as behavioral and emotional complications.

How to distinguish a child with ASD from other typically developing kids?

As a parent or caretaker, you are in one of the best positions to identify the earliest and even the most unnoticed warning signs of autism spectrum disorder. Children with typical patterns of development eagerly respond to social bids, such as waving ‘bye-bye’ while leaving or looking at where you are pointing. But, children with autism tend to look at your hand instead of where you’re pointing and rarely respond to social interaction bids.

Since you understand your child and their behavioral patterns better, you are more likely to spot discrepancies others may fail to see. As a result, it is imperative that you pay close attention to if or when your child accomplishes important emotional, social, and cognitive markers to effectively identify the problem at the earliest. However, it is also important to note that developmental delays might not only point to autism spectrum disorder but also specify a heightened risk. And here, the key is to inform and educate yourself to understand what’s typical and what’s unusual when it comes to your little one – 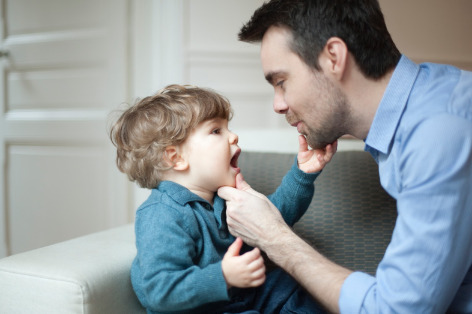 The earliest signs of autism may unfold between 9 to 16 months and can be fairly easy to miss. However, if not caught early, these symptoms can have an adverse impact on cognitive development, resulting in language, social, and behavioral deficits. Moreover, in certain cases, the earliest symptoms of autism can even be misread as signs of a ‘good child’ since the baby may appear undemanding, silent, and independent.

So, when you know what exactly to look for, you can effectively catch the warning signs early on – since they don’t involve the presence of atypical behaviors, but instead, the absence of typical ones – 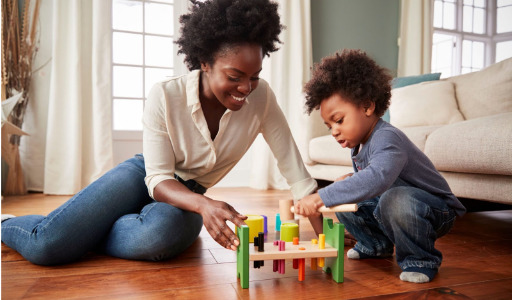 As concerned parents, you may have been asked not to worry or to even wait it out. However, waiting could by far be the most unhelpful thing to do, given the risk of losing crucial time at a tender age when your little one may have the best possible chances of improvement. Besides, it is highly unlikely that your kid might ‘grow out’ of the problems and challenges they face, whether caused by autism or other developmental concerns. And in this case, your child might require additional assistance as well as targeted treatments and therapies for autism, such as applied behavior analysis (ABA), cognitive behavior therapy (CBT), and early intervention.

Although every child develops at a pace different from the others, take a breather before you panic or worry if your kid is delayed to some extent in walking, talking, or reaching other developmental milestones. Nevertheless, if you do suspect a problem, make sure you share your concerns and apprehensions with your child’s pediatrician immediately – do not try out the ‘wait-and-watch’ approach. Sometimes, even doctors who mean well can misread red flags or under-evaluate the problem. So, make sure you listen to your instincts when you feel something is wrong, and continue to be persistent in seeking a second opinion or scheduling an appointment with a developmental specialist.

For more information, get in touch with our behavior analysts and trained professionals right here. We’re happy to assist you regarding any concerns you have about your child’s development needs and provide you with the best possible treatment options!